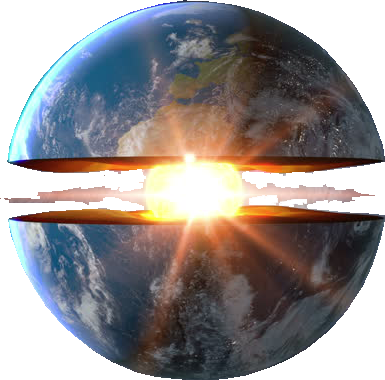 SEDI 2020 Online Streaming Platform
The SEDI 2020 online streaming platform held from October 1st to 31st and shared latest results in Deep Earth science. We would like to thank all participants for their contributions (see list of all participants here). We look forward to seeing you again at SEDI 2022, Taipei (July 11th-15th, 2022).

Welcome
The 17th Symposium of SEDI, Study of the Earth's Deep Interior, a Committee of IUGG, will be held in Taipei, Taiwan.
The meeting will take place at National Taiwan University (NTU), which is located downtown in Taipei. The Institute of Earth Sciences, Academia Sinica, is in charge of the local organization.
SEDI is an international scientific organization dedicated to the Study of the Earth's Deep Interior. The ultimate goal of SEDI is an enhanced understanding of the past evolution and current thermal, dynamical and chemical state of the Earth's deep interior and of the effect that the interior has on the structures and processes observed at the surface of the Earth. The 'deep interior' is generally considered to be the core and lower mantle, but interest may extend to the surface, for example, in the study of mantle plumes or dynamics of descending lithospheric slabs.

The scientific questions and problems of interest to SEDI include the geomagnetic dynamo and secular variation, paleomagnetism and the evolution of the Earth's deep interior, composition, structure and dynamics of the outer core, dynamo energetics, structure of the inner core, core cooling and the core-mantle boundary region, core-mantle boundary shape, coupling and the rotation of the Earth, lower mantle: structure, convection and plumes, nature and location of deep geochemical reservoirs, etc.

Scientific Steering Commitee
Local Organizing Committee
All inquiries should be addressed to sedi2020@earth.sinica.edu.tw
Host & Sponsor
The meeting is locally organized by members of the Institute of Earth Sciences (IES) of Academia Sinica, with the help and support of the following institutions:
Code of Conduct

SEDI symposiums are open and can be attended by anyone interested in the science related to the interior of the Earth and planets. SEDI is committed to providing a safe and welcoming environment for all meeting participants conducive to productive scientific exchanges. All participants of the meetings, including session chairs, speakers, poster presenters and all other attendants are expected to abide to the following guidelines which constitute the meeting's code of conduct:

Reported unacceptable behavior by participants will lead to action by the SEDI meeting organisers and/or SEDI officers, which may include immediate removal from the meeting without warning or refund. Examples of unacceptable behavior include physical and verbal abuse of any form. These include, but are not limited to, verbal comments related to gender, sexual orientation, disability, physical appearance, body size, race, religion, national origin; harassment, bullying, intimidation, or discrimination in any form; inappropriate use of sexual images in public spaces or in presentations; or threatening or stalking any meeting participants.